Community-driven development: what next? - IOE

Community-driven development (CDD) projects have helped close last-mile gaps in service delivery and infrastructure provision in some of the most remote and insecure parts of the world. CDD is people-centred and locally owned development, and thus lies at the core of the sustainable development agenda. By acerbating social and economic inequalities, the COVID-19 pandemic has increased poverty among the most vulnerable and marginalised. Economic recovery will require an integrated and people-centred approach that builds upon the strengths of local communities. In other words, it will require CDD.

A fresh look at community-driven development

​​​​​A fresh look at community-driven development
The role that CDD programmes play in mitigating impacts and supporting local recovery was discussed in a recent World Bank webinar. Speaking about marginalized rural communities, during the event Paul Collier argued “that a lot of these communities have been destroyed or eroded in the last 30 years, to our great cost, both socially and economically. Reaffirming values of mutuality could refresh and restore politics, business and the environments in which people live". The point made is clear; greater public participation and deliberation equals greater public trust in and acceptance of decisions. Providing space for a diversity of views and opinions may result in better decision making. In particular, hearing the voices of those who are rarely listened to can radically change accepted ideas about what needs to be done.
It has been a distinctive feature of IFAD to support those most excluded and marginalised, including poor smallholder farmers, indigenous peoples, women and youth. Much of this assistance has taken the form of community-based and localised interventions, centred on empowering these groups and strengthening their ability to overcome poverty.
In 2020, the IOE Evaluation Synthesis report (ESR) on CDD confirmed that this approach has afforded substantial benefits to IFAD’s target groups, and remains relevant to IFAD’s mandate. Moreover, the ESR highlighted that CDD builds social capital and empowers the rural poor by allowing them to take control of their own sustainable development.

IFAD is going the last mile – with CDD

The 2020 ESR argued that CDD worked better than other approaches in the remote and fragile contexts where IFAD usually works. Two projects evaluated exemplify this finding.
The Village Development Programme (VDP), in Indonesia, was a redesigned version of the national CDD programme “Programme for Community Empowerment”. It operated in Papua and West Papua provinces, a very remote and difficult context for IFAD to work in. Papua and West Papua are characterized by weak government capacity, civil disturbance and lack of infrastructure.
In Tajikistan, the Khatlon Livelihoods Support Project (KLSP) was the first project that IFAD had financed (2009). The project responded well to the Government’s interest in community-driven approaches, which seemed the most effective to reduce poverty . The Government also welcomed the idea of strengthening village-level governments; it had just adopted the “Law of the Republic of Tajikistan on Public Associations” (2008), which regulated the formation, activity, reorganization, and dissolution of public associations.

The 2020 ESR confirmed that CDD, if well designed and facilitated, can support inclusive and equitable development. Moreover, social mobilization and participatory decision-making have proven to be powerful tools to reach out to marginalized groups. However, mobilizing groups of men, women and youth requires facilitation and technical support by service providers . In the long term, providing local people with these facilitation techniques allows communities to become more self-reliant
In Tajikistan, the implementing partner, Aga Khan, was instrumental in terms of community mobilization, local self-governance and local resource mobilization, and laid the foundations for the capacity building of VOs and the continuity of KLSP-initiated activities in some communities.
In Indonesia, the lack of sound facilitation caused project interventions to operate in a standalone manner, which resulted in local interventions not being harmonized with government planning. Most project interventions and inputs were provided as one-offs, without any follow-up and coaching from facilitators. The lack of facilitation also led to lack of sustainability of the project benefits and interventions. Facilitators did not design exit strategies for community groups, and were unavailable after the project closed to provide backstopping and support. The lack of appropriate facilitation also led to challenges to inclusion of different sections of the target group.

The 2020 ESR found that CDD operations outperform non-CDD operations in terms of to sustainability, even in fragile situations. On average, however, CDD projects take longer to deliver results. Without sufficient time and resources, the process for engagement will be cut short, thus limiting results.
In Indonesia, the evaluation found that success of a CDD project, in a context such as Papua and West Papua, requires a longer-term orientation to bring about behavioural change in target groups and grassroots institutions. This requires that IFAD plan its CDD interventions, especially in difficult contexts such as Papua and West Papua, over more than one project cycle.
In Tajikistan, the limited timeframe for implementation made it impossible to finance all the infrastructure sub-projects that the communities had prioritised. The sub-projects would have required lengthy procedures pertaining to design, permits for construction and land acquisition. Instead, the project provided a large amount of agricultural machinery, which was faster to procure and distribute.

Local ownership is key to CDD – and to sustainability

he 2020 ESR concluded that local ownership is critical for improving IFAD's performance on sustainability, especially in fragile situations. In community-driven development, communities are in charge of managing local wells, water tanks, small-scale irrigation or feeder roads, and sometimes even social infrastructure.
In Tajikistan, the evaluation team visited a number of village organisations, which had been provided with agricultural machinery under the projects. The village organisations were able to cover the operation and maintenance costs necessary to keep tractors functioning by drawing from the revenues collected from users. Tractor drivers had been hired through a competitive process. The village organisations maintained a register of all incomes and expenses, mainly related to tractor lending, and this enabled them to pay the related taxes. After the project closed, the village organisations continued to play a vital role in village life, supporting the construction of village roads and sport facilities, supporting vulnerable households and female-headed households, and contributing to political events led by government authorities.
However, the evaluation also found that the drinking water facilities were often of poor quality and not well maintained. Moreover, improper use of water and insufficient attention to water quality are eroding the benefits. Village organisations may lose ownership of water supply systems, if these are not maintained in line with existing regulatory frameworks. This is one of the areas where IFAD could have been more strategic, by building capacities for follow-up maintenance.

Government has to be part of the equation

Government has to be part of the equation
Responsive, inclusive and participatory decision-making is at the core of CDD. The processes and capacities built through CDD can contribute to more accountable and transparent institutions. However, for these institutions to become sustainable, governments need to be part of the equation. In the case of infrastructure, local governments have to play a role in operation and maintenance. Moreover, community-based approaches need to be linked with existing institutional and policy frameworks for sustainability.
In Indonesia, IFAD’s biggest achievement was its ability to collaborate with the Government of Indonesia to upscale the VDP results into a larger provincial programme with government financing of over US$540 million. The Government up scaled the results of VDP in light of its achievements, even if marginal, in a highly difficult context as Papua and West Papua. VDP also worked towards operationalizing the Village Law in Papua and West Papua. To that extent, the project had influenced national policies and programmes.
In Tajikistan, the KLSP project itself presented a scaling up of CDD approaches previously piloted by NGOs such as Aga Khan and CARITAS. For the government, this was a new approach. Given the limited capacity of government partners, IFAD decided to partner with the Aga Khan Foundation. The evaluation confirmed that this partnership, and the community mobilisation and capacity building carried out by Aga Khan Foundation, were instrumental to the results the project achieved.

Where next with CDD?

Evaluations have shown that there is a strong interest in engendering community initiatives for localised development, in many countries. IFAD’s comparative advantage in this area is well recognised, and its emphasis on mobilising and capacitating local communities continues to be relevant. CDD has been effective in empowering communities and providing them with the productive and social assets they need most. However, the new generation of CDD will have to be better linked with local economic growth in order to engage with issues such as private sector engagement, employment generation, business development and market access. Undoubtedly, much can be learned from the examples presented above, which should inform IFAD’s future approach to CDD . 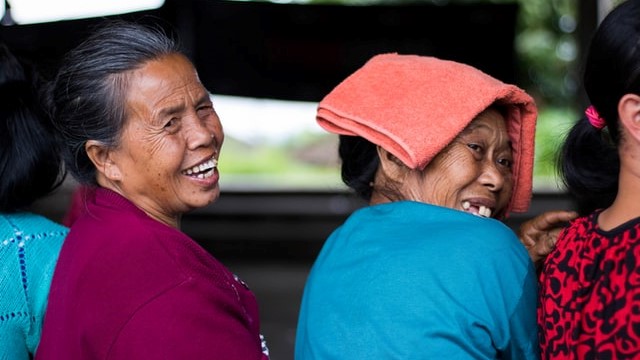 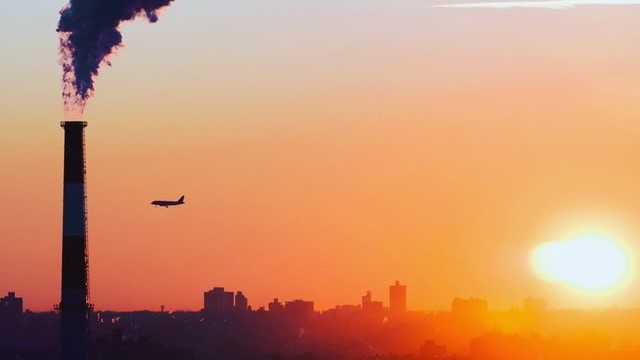