Nairobi, 5 December 2018 – Rural development projects financed by the International Fund for Agricultural Development (IFAD) have contributed to increase productivity, incomes and food security in Kenya, according to a new report presented today in the capital city of Nairobi.

The report, prepared by the Independent Office of Evaluation of IFAD (IOE), reviews the past seven years of work that IFAD has undertaken together with the Kenyan government. Since 1979, IFAD has invested in 18 projects and programmes in the country for a total cost of US$813.3 million, of which $376 million was financed by IFAD.

According to the report's findings, IFAD has been innovative in bringing solutions around credit delivery, agro-processing and environmental management. Such interventions, while boosting agricultural productivity, have also led to higher incomes and improved food security for beneficiaries of all projects. The report notes that the IFAD-funded projects have achieved remarkable gender equality results. In particular, women's access to resources, assets and services has improved and they have gained more influence in decision-making both at home and within their communities. However, the efficiency of project implementation has been negatively affected by the devolution process - in which Kenya's central government transferred responsibilities to regional governments - that took place during the period under evaluation.

The results and findings of another report – a recently conducted impact evaluation on the Smallholder Marketing Programme in Kenya – were also presented today. Horticulture is extremely important to the national economy, accounting for about 33 per cent of the country's agricultural gross domestic product and 7 per cent of national gross domestic product. The programme had a significant impact on farmers' incomes and food security, increasing the quality and quantity of horticultural production in the country through the use of a value chain approach. For example, the farmers who benefited from the programme had higher income gains as a result of greater gross margins driven mainly by higher yields in some of the horticultural commodities that the programme promoted, such as bananas and Irish potatoes.

"For nearly 40 years, IFAD and Kenya have worked together with small farming families to raise their production and incomes. The evaluation gives us further evidence of how these families have more access to diverse food, with higher levels of animal and vegetable proteins, " said Donal Brown, Associate Vice-President, Programme Management Department of IFAD. "We are determined to continue supporting the government in its efforts to improve food security and nutrition for rural families, while building on lessons learned to improve the impact of our efforts."

Challenges for the future

The report also highlights the issues that still need to be addressed. For example, the IFAD programme made a modest contribution to the social and economic empowerment of youth, and the new project designs caused delays in disbursement, recruitment of qualified staff and partnership agreements.

The evaluation makes recommendations for future collaboration between IFAD and the Kenyan government in the fight against rural poverty. One of these is to ensure that interventions build on IFAD's comparative advantage and retain focus on selected themes and geographical areas. IFAD in fact, should continue focusing on the areas where it has worked successfully in the past: natural resources management, pro-poor value chains and rural finance. Another recommendation is to engage more effectively with policymakers on pertinent issues of agricultural and rural development, based on lessons learned from implementation on the ground.

"We need to strengthen policy engagement and create more space and opportunities for engaging the private sector," said Oscar Garcia, IOE's Director. "The private sector is expected to contribute significant financing to drive the rural economy. To this end, IFAD will need to play a stronger brokering role between farmers' groups and private sector partners." According to the evaluation report, strengthening policies and partnerships should be at the centre of IFAD’s new country strategy for Kenya.

IFAD has invested in rural people for 40 years, empowering them to reduce poverty, increase food security, improve nutrition and strengthen resilience. Since 1978, we have provided US$20.4 billion in grants and low-interest loans to projects that have reached about 480 million people. IFAD is an international financial institution and a specialized United Nations agency based in Rome – the UN’s food and agriculture hub.

The Independent Office of Evaluation (IOE) conducts evaluations of IFAD-financed policies, strategies and operations to promote accountability and learning. The main purpose is to contribute to improving IFAD's and its partners' performance in reducing rural poverty in recipient countries. IOE's independent evaluations assess the impact of IFAD-funded activities and give an analysis of successes and shortcomings – to tell it the way it is – as well as identify factors affecting performance. Based on the key insights and recommendations drawn from evaluation findings, IOE also shares IFAD’s knowledge and experience in agriculture and rural development with a wider audience. 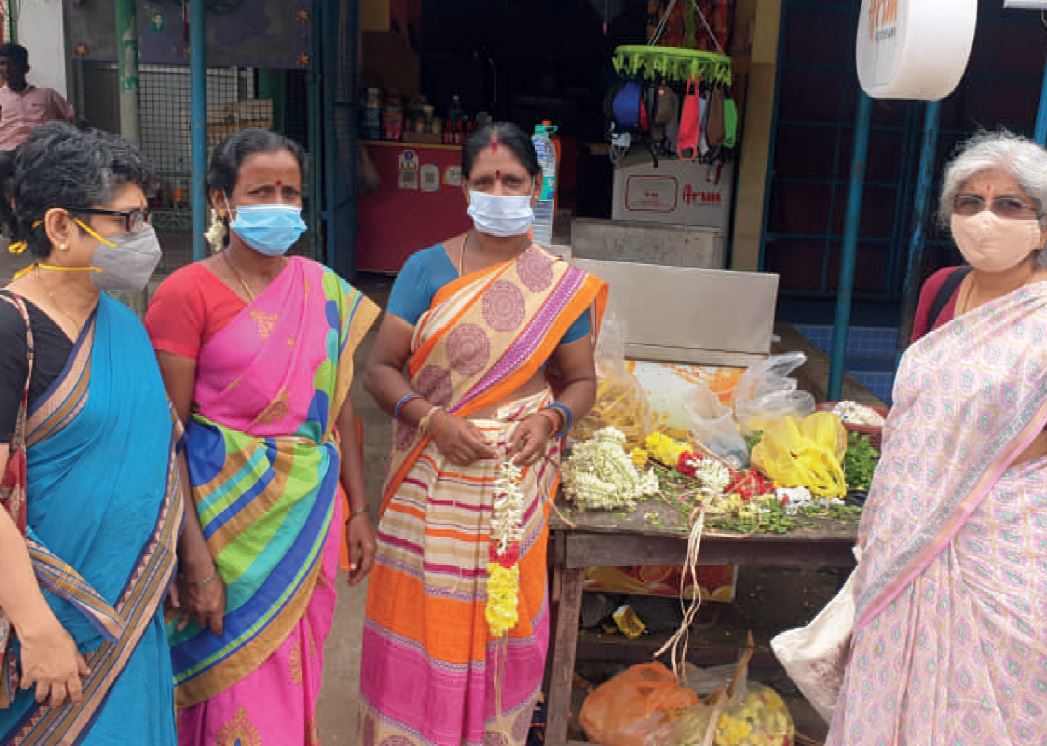 Inclusive and tailor-made access to financial services achieved in India

Inclusive and tailor-made access to financial services achieved in India