2020 Annual Report on Results and Impact of IFAD operations - IOE

Annual report on results and impact

2020 Annual Report on Results and Impact of IFAD operations

The 2020 Annual Report on Results and Impact of IFAD operations (ARRI), the flagship report of the Independent Office of Evaluation of IFAD (IOE) presents a synthesis of IFAD’s performance, lessons and challenges to enhance its development effectiveness.

To improve its relevance to the evolving priorities and demands of the Fund, the 2020 ARRI has a new, streamlined structure, and focuses on the factors that the independent evaluations have highlighted as recurring in the design and implementation of IFAD-supported projects. The new ARRI format does not include recommendations; rather, its findings are expected to orient further action on the part of IFAD Management and IOE to address the recurring issues.

The rating performance carried out by the 2020 ARRI was based on 259 projects completed between 2007 and 2018. The report confirms that overall, the performance of IFAD operations has been positive, with some exceptions. In the recent period (2016-18), 72 per cent of IFAD-supported projects have been rated moderately satisfactory or better on Overall Project Achievement criterion. Over 80 per cent of projects assessed against the criteria of relevance, IFAD’s performance as a partner and environment and natural resources management have scored moderately satisfactory or better during the same period.

The 2020 ARRI notes that the ratings for environment and natural resources management, and adaptation to climate change, have performed well, mostly rising since 2010-2012. However, the report also highlights that the portfolio performance trend is flat or declining in five criteria in the past five years, most significantly for government performance as a partner. 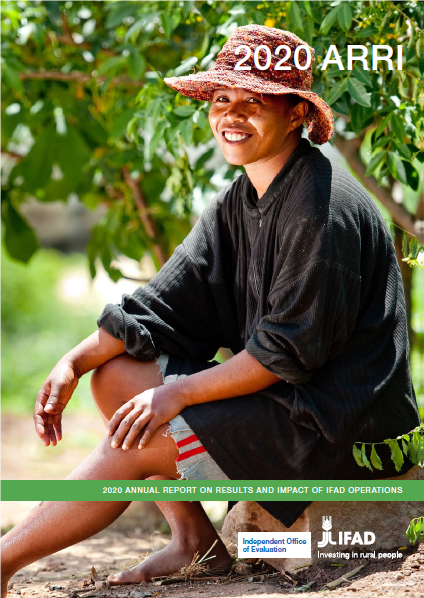 2020 ARRI learning event
The Independent Office of Evaluation (IOE) organized a virtual learning event to present the 2020 edition of its flagship report, the Annual Report on Results and Impact (ARRI). The objective of...